Full breakdown of design (Combat animation at the end!!!)

A commissioned VRChat Avatar, the goal was simple: Create the most accurate and realistic Darth Vader model, then make it run in VR.

The client chose their favorite Vader, from episode VI Return of the Jedi. From there, we dove into a plethora of behind-the-scenes photos, documentaries, museum exhibits, and several re-watches of ROTJ.

To create the model we started with a body double for David Prowse, generated with the Human Generator plugin for Blender. From there I blocked in the hard surface elements. With those landmarks set I began sewing and simulating the leather bodysuit, and gloves. After the suit came the cape and robe, which were extremely easy to simulate, retopo and pose thanks to Blenders Surface Deform Modifier.
With soft surfaces done, I went back to the blackout and polished off the armor and electrical boxes.

Once the high poly was constructed and looked perfect for the client, I began the VR-ready versions. Since this is a VR Chat avatar we did 2 versions: The main, best looking, and more intensive avatar; and the Fallback, a paired down resource cheap avatar.

With this UV'd, retopoed and rigged, I brought the High Poly and the Main VR avatar into substance to bake, sculpt and paint the remaining details. This is where we went above and beyond on screen accurate details, some of which are only identifiable through rare behind-the-scenes photos from ROTJ.

Both our avatars performed well in VRChat, and both met the technical standards for a fallback avatar, so everyone should be able to enjoy the client's best suit of armor. 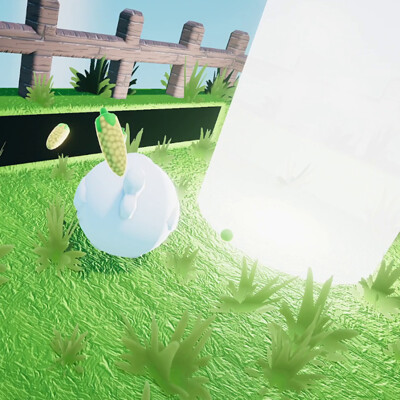